Home
Pilots
Which Airlines Pay Pilots The Most? (Updated for 2022!)

Being an airline pilot is one of the most admired jobs one can have. They get to travel the world doing an incredibly important job while wearing a uniform that let’s the world know who they are. But, have you ever wondered how much they get paid? Most of us have at least been curious about it at some point. And if you’re an existing pilot reading this, you might want to know if one of the other airlines pays their pilots more than the one you work for.  Either way, this article has you covered.

In this article we will cover how much airline pilots typically make. We’ll also go over how much each the major United States based airlines pay their pilots so you an compare them for yourself. We’ve compiled the information to include average pay, beginner pay, and the pay for the most experienced pilots. We’ve even included information on bonus and profit sharing.

Let’s start with how much airline pilots make as profession across the board.

How Much Do Airline Pilots Make?

The median income for an airline pilot (schedules air transportation) is $173,780 according to the Occupational Outlook Handbook. This number is based on the most updated information they have for the profession as a whole, which is from May of 2020. These numbers have likely increased since then based on things that have changed in the market so we’ll take a closer look at more updated numbers in the next section when we look at each airline specifically.

While the median pay for these airline pilots is $173,780, pilots can expect to make significantly more or less. The top 10% of pilots can make as much as $250,000 annually while some pilots just starting out can make less than $70,000 per year.

The wide range of airline pilot salaries is determined by many factors. Here are some of the factors that have the largest impact on how much an airline pilot earns:

As you can see, there is a wide range of factors that affect pilot pay. In the next section we’ll look at the specifics of how much each airline pays.

How Much Each Airline Pays Pilots

In order to gather accurate information, we’ve used a variety of sources for this guide including the airlines themselves, self-reporting sites like Payscale and Glassdoor, as well as information gathered directly from current pilots. We did all this research to save you the time and hassle of doing it yourself.

We’ve put our information into an easy to read table for your convenience in addition to the write-up below.

Below is a list of the 13 largest airlines in the United States (and Canada) along with their salary and additional pay information.

The average annual salary for a pilot at American Airlines is $118,000. The most experienced pilots (top 10%) can expect to make an average of $279,000 annually while those just starting out can expect to make in the range of $79,000 per year.

American Airlines also has very generous programs in place for additional pay for their pilots. This includes cash bonuses, profit sharing, and more. This additional compensation can add anywhere from $2,500 to $15,000 annually.

The average annual salary for a pilot at Delta Airlines is $173,785. This makes Delta one of the highest paying airlines in the industry. The most experience Captains can expect to make north of $291,500 while those pilots just starting out can expect to average $106,000. Starting pay being above the 6-figure mark is pretty impressive and goes to show just how well paying pilot jobs at the major airlines can be.

Delta Airlines is also very generous when it comes to paying bonuses/profit sharing to pilots. Many of them report earning up to an additional $17,500 annually from these additional forms of compensation.

The average annual salary for a pilot at Southwest Airlines is $171,800 which also puts them towards the top of the list for average pilot pay. Their most experienced pilots earn $256,400 annually while new pilots with less experience can expect to average just over $79,100 per year. Not only does Southwest have a high average salary and high salary for those with the most seniority, they employees report being amongst the happiest of any airline.

Like the other airlines we’ve covered so far, Southwest Airlines also has a bonus program for their pilots. Depending on their seniority and other factors, they can earn an additional $3,000 to $10,000 per year on top of their generous salary.

The average annual salary for a pilot at United Airlines is $129,664. Our research also showed that the most experienced pilots at United had the highest salary potential in the industry at $308,400. That level of pay was typically for a Captain with over a decade of experience, but it is still a great achievement. Pilots just starting their career at United can expect to earn $79,800.

United Airlines also has a bonus plan to provide the opportunity for additional compensation to employees who meet their criteria. This can range anywhere from $2,500 to $15,000 per year.

As you can see, Air Canada is a smaller airline running more of a regional service and thus the pay for their pilots is slightly less than the larger national carriers based out of the United States.

Current and former pilots at Alaskan Airlines also report a generous profit sharing and bonus program that in some years paid as much as $10,000.

The average annual salary for a pilot at Jetblue Airways is $165,220. The top 10% of earner there can expect to earn an average salary of $247,000. The pilots that are still early in their careers and have less experience/seniority earn closer to $82,000 per year.

This holds with the trend we saw of smaller airlines, regional airlines, and those that cater to passengers on a tighter budget of paying their pilots slightly less than some of the larger national airlines.

The average annual salary for a pilot at Spirit Airlines is $148,500. Their highest tier of pilots had an average annual pay of $224,370 while their entry level pilots can expect to average in the range of $52,300.

While Spirit does have one of the lowest salaries on the list for their newer pilots, it still is a great place to start your career and build experience. Once you have that experience you can either move up the ranks making more money at Spirit or test the waters with one of the other airlines.

WestJet is also another airlines that pays their employees bonuses and profit sharing. This can vary quite a bit based on the economic factors that affect the airline but our research shows the range being from $0 to $10,000 per year.

Frontier Airlines is another one of the airlines on the list that is a great place to gain experience but due to their size and profile pay a little less than some of the competitors.

The average annual salary for a pilot at Allegiant Air is $103,667. Pilots that have the most seniority and experience average $200,750 while those with less experience just starting out average $49,900.

Like some of the other airlines on this list, Hawaiian Airlines also has a bonus plan in place for pilots that can lead to even higher earnings.

The average annual salary for a pilot at Sun Country Airlines is $113,500. The most experienced pilots (top 10%) can expect to make an average of $219,000 annually while beginners can expect to average around $66,100 per year.

Being an airline pilot is a rewarding career for many reasons. In addition to being a skilled professional that everyone looks up to and getting great benefits, you also earn a fantastic salary. If you are interested in learning to fly, or already work for an airline but want to compare your income to what a competitor might pay, then we hope you found this information useful.

Best of luck to you in your career in the sky! 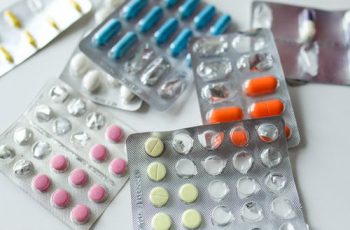 If you are considering applying to ATP Flight School, you … 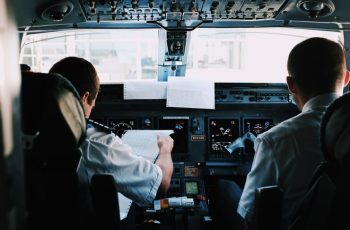