If you’re like most people, you might have asked yourself where do flight attendants live? How about sleep? They seem to always be travelling to a different city or country and work day and night. In this article we’ll show you how where they live, sleep, commute, and more.

One of the reasons you might be considering becoming a flight attendant is the amazing lifestyle they live. Let’s take a closer look at how they pull it off. 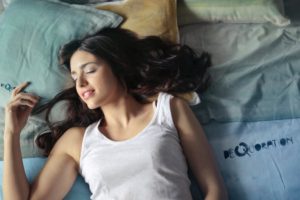 Yes, flight attendants have their own designated sleeping areas on long haul flights that is there just for them.

Ever wonder why you haven’t seen them? These compartments are hidden from the view of the public. They are typically located above first class and behind the cockpit. This provides a place for them to sleep without being under the watchful eye of the public.

There are times when flight attendants might be working 14-18 hours followed by a return flight the next day. At times like this it’s incredibly valuable to have a place on the plane where flight attendants can get some sleep. You’ll typically be allowed a 2-3 hour sleep break.

Where Do They Sleep Between Flights?

Now that we know flight attendants can actually get some rest while on a flight, let’s look at where they sleep in between flights.

This might not be an option if you’re taking on longer flights with layovers that can take place far from home. In cases like that you’ll have to use one of the following options.

If you find yourself working a long haul flight (to another continent, for example) the airline you work for will cover the cost of a hotel. This is part of their expense to have you work that flight and is standard in the industry. They will also cover the transportation to and from the hotel along with things like your food while travelling.

The other option that flight attendants have for a place to sleep is often referred to as a crash pad.

A crash pad is a place that flight attendants and pilots can pool  their resources to set up a sort of unofficial barracks for a place to sleep before, during, and after flights.

This can include hotels, motels, apartments, houses or other residential rental properties.

These are set up completely outside the responsibility of the airline and it’s up to pilots and flight attendants to organize and split the cost of these places to sleep. The quality of these conditions can vary greatly depending on price and location.

For example, you can expect to pay anywhere from $150 to $500 per month to have access to one of these crash pads that might be the attic of a house in some cases or a lavish hotel room in others.

While interviewing flight attendants for this article we heard various stories of what to expect. Some have stayed in crowded basements in large cities during bad weather conditions when hotels were hard to find. Others have stayed in great hotel rooms with amazing rooms.

These crash pads can also turn into social and community hubs for people in the aviation industry. You’ll often find flight attendants at these crash pads becoming friends, cooking together, doing laundry, etc. It becomes a sort of home away from home for those in the industry.

Do Flight Attendants Get Enough Sleep

This has been a hot topic among flight attendants, airlines, and the FAA for years.

The rule right now is that flight attendants are required to be given at least a 10 hour chunk of time between long flights for rest. Since that barely gives you enough time to get to a hotel near the airport to get some sleep before going back work another long flight, many find this to be inadequate. (IT was only 8 hours not that long ago!)

This is why getting used to sleeping in anywhere you can is very helpful in this line of work. Flight attendants have to be very disciplined at getting the rest they need even if it mean sleeping in uncomfortable situations.

This is one advantage flight attendants have over many other jobs. You are not required to live in the same city as your home base. Instead, you can choose to live elsewhere and commute to work via flight.

Although this adds two more flights to your “commute” to work and back home, this might be a great options for someone who doesn’t want to relocate to a new city for their job.

If you’re curious on how flight attendant shifts are scheduled, make sure to read our article that explains it in greater detail here.

As you can see, being a flight attendant really does create a lifestyle different from most jobs. Where else can you find yourself with the opportunity to commute to work in a jet, sleep in a small bunk bed on an airplane while flying at 35,000 feet, and crash in a hotel with a friend in a city overseas… all in the same week? 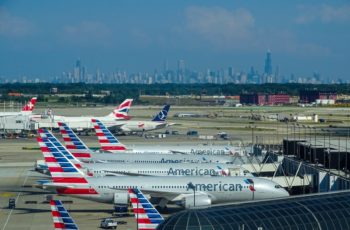 As of 2019, American Airlines is the largest airline in … 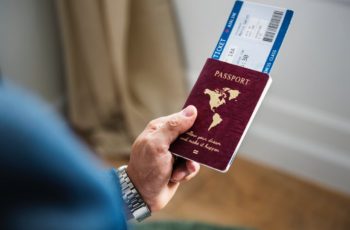 The average salary for a flight attendant in 2018 was …