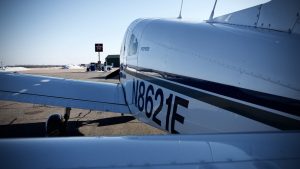 As the sport pilot licenses continues to gain popularity, more and more people who love to learn to fly are considering it as an option. One of the things that’s most confusing to someone that might be new to flying is what aircraft someone with a sport pilot license is allowed to fly. This leads to some very common questions like:

Below is a breakdown of many of these questions as well as some additional information on what aircraft a sport pilot is and is not allowed to fly.

According to the FAA, a pilot with a sport pilot license can only fly airplanes that meet the requirements of being a light sport aircraft. Here is a list of those requirements:

As you can see, the sport pilot license is very specifically designed to allow someone to fly small 2-seat (or less) aircraft for their own enjoyment. It is not intended to be used by someone who wants to transport passengers, earn money as a pilot, or fly to far away destinations.

What is the Sport Pilot License?

The Sport Pilot License was created by the FAA in order to give hobbyists the opportunity to fly without the large cost and longer training requirement of a private pilot license. This type of pilot license specifically allows someone to fly a class of aircraft known as light-sport aircraft.

This includes small 2-seat airplanes, balloons, gyroplanes, powered parachutes, and trikes. For most people, the sport pilot license is an opportunity to become a pilot and fly airplanes for their enjoyment as a hobby while spending half (or less) of the money they would on a more advanced pilot license. For more on the license itself including the cost, requirements, and how to earn it – check out our complete guide to the sport pilot license.

There are many popular aircraft that qualify to be flown by someone with a sport pilot license. Here are a few of the more common airplanes used that qualify:

As seen above, there are literally dozens of options for the type of aircraft a sport pilot can fly. If this is something you’re interested in, make sure to do your research on which of these planes is the best fit for your needs based on factors like price, availability, and skill level.

No, the Cessna 150, 152, and 172 does not meet the definition of light-sport aircraft.  All of these airplanes are over the maximum weight allowed for someone with only a sport pilot license to fly. This is a very commonly asked question since these Cessna planes are very popular and widely available.

If you have interest in specifically flying a Cessna aircraft, you would be better served to look into earning your private pilot license since these airplanes are typically bigger and more advanced than something a sport pilot would fly.

Can a Sport Pilot Fly a Helicopter?

No, according to FAA rules a helicopter is not a light-sport aircraft and not included in what a sport pilot is permitted to fly. The regulation on the sport pilot license specifically mentions that this is not allowed.

Being able to fly a helicopter requires it’s own very specific training from a qualified instructor. It’s not something you can jump into if you’ve only flown fixed wing airplanes in the past. Regardless of the size/weight of the helicopter, you will not be permitted to fly one with a sport pilot license.

What Other Types of Aircraft Can A Sport Pilot Fly?

In addition to light sport airplanes a pilot holding a sport pilot license can also fly the following aircraft:

Can a Private Pilot Fly a Light-Sport Plane?

Yes, a private pilot that holds a current license and valid medical certificate is allowed to fly a light-sport aircraft as long as they have the proper category and class ratings.

This also applies to those that hold any of the following pilot licenses:

As you can see, although the sport pilot license has restrictions on what kind of airplanes you can fly, there are still many great options that you CAN fly. Flying a light sport aircraft is a fun and rewarding hobby. There are a lot of hobbyists that spend a majority of their pilot career flying these types of aircraft.

If you do want to compare the sport pilot license to other options, make sure to also take a look at our guide to all of the different types of pilot licenses available. 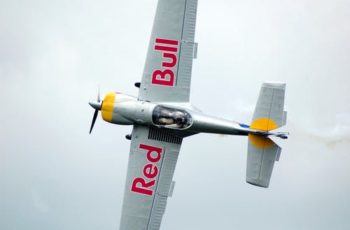