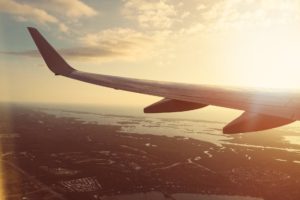 Are you ready for takeoff?

If you’re interested in learning to fly airplanes and getting your pilot’s license, the first step will be deciding which license is right for you. There are several different types of pilot licenses, so this can get confusing for someone who is new to the world of aviation. Please note that the official term for what we typically call a pilot’s license is technically a pilot’s certificate.

These different licenses (or certificates) determine:

Here is an overview of each of the 7 types of pilot licenses and the requirements to obtain each. Keep in mind that this is intended as a summary of each certificate so you can get an idea of which might be best for you now and down the road.

According to the FAA, here are the requirements to be eligible for a student pilot certificate:

You should then receive your student pilot certificate by mail in about 3 weeks. If you want to speed this process up, make sure to use the Integrated Airman Certification and Rating Application website (IACRA).

The Sport Pilot Certificate is the next easiest to earn of the pilot certificates. This certificate is used to fly certain aircraft that fall under the Light Sport Aircraft (LSA) category. This includes small airplanes with up to 2 seats, gyroplanes, glider, rotorcraft, and powered parachute.

The requirements to get this certificate are also easier than others. This includes just 20 total hours of flight time with 5 of those hours being solo and the remaining 15 being with an instructor. In addition, you must pass an FAA Sport Pilot Knowledge test and FAA Sport Pilot Practical test.

This certificate also usually does not require FAA Medical Exam as long as the applicant has a current valid Driver’s License.

The Sport Pilot Certificate is a great starting point for someone looking to get their feet wet in flying small aircraft until they move on to get a more advanced certificate.

This is a good option for someone who wants to fly short flights as a hobby, but wants to do so in larger aircraft than a Light Sport Aircraft.

The requirements to obtain a Recreational Pilot Certificate include:

The next certificate on the list, the Private Pilot Certificate is also one of the most common. A common analogy of this certificate is that of the regular driver’s license you have for your car. It allows you to do much more than the previous certificates discussed including flying at night, into airports, flying with passengers, and the ability to fly most airplanes.

Although you can do much more than with other certificates, The Private Pilot Certification does not allow you to be compensated as a pilot or in some specific weather conditions.

This is the certificate most people think of when they think of getting their pilot’s license.

The requirements for obtaining a Private Pilot Certificate include much more training and a medical exam. The training includes over 40 hours of flight time which includes flying solo, at night, cross-country, take-offs, landings, and more.

A Commercial Pilot Certificate allows you to be compensated as a pilot. With this certificate you are allowed to take on charter flights, freight planes, tow banners, and similar activities. It does not allow you to fly scheduled aircraft

As you can imagine, this certificate requires much training and flight time due to how complex the aircraft and procedures are at this level.

In addition to being required to hold a private pilot certificate, this certificate requires over 250 hours of flight time, written exams, medical exams, and more. This is the real deal. If you have interest in flying as a profession as opposed to a hobby, this is a great goal to work towards as it will allow you to become a professional pilot.

This path makes sense for a lot of pilots since it allows you to not only learn more advanced skills, but get paid while you do it. The next (and final) certificate on this list requires many hours of training and flight time, so getting that time in the air is easier to accomplish when working as a flight instructor instead of having to pay for flight time.

The requirements to earn your Flight Instructor Certificate include:

As you can see, this certificate requires a lot of hard work and dedication. But, if you plan to advance your career as a pilot, it can be well worth it.

As you can imagine, this is the most difficult, time consuming, and in depth of the pilot certifications. The requirements to earn the Airline Transport Certificate include:

This just goes to show how much experience the pilot’s have whenever you take a commercial flight.

As you can see, there are several different types of licenses (or certifications) and they each serve their own purpose. If you’ve always wanted to learn to fly, I would strongly recommend you reach out to a couple of flight schools to discuss what might work best for you. Flying airplanes can be a great hobby as well as a rewarding career.

Good luck out there! 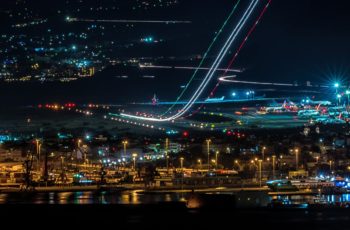 “The total cost of earning your Private Pilot Certification will … 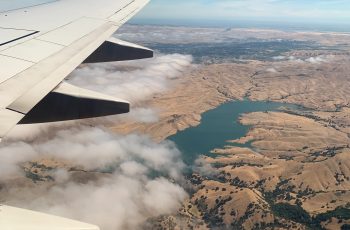 If you’re interested in landing a job with Southwest Airlines, …