Southwest Airlines is currently the 3rd largest airline in the United States based on passengers transported. If you’re thinking about becoming a flight attendant, Southwest is considered one of the best airlines you can work for. You should definitely consider applying for a job with them.

Southwest is one of America’s largest airlines. As of 2020, they operate a fleet of over 750 aircraft.  They currently have over 60,000 employees working for them including over 16,000 flight attendants. Their headquarters is in Dallas, Texas and they began operations in 1967.

Southwest Airlines have been in business for over 50 years and currently has annual revenues exceeding $21 billion annually.

How to Become a Flight Attendant with Southwest Airlines

Here is a list of the requirements for Southwest Airlines:

Although these are the requirements to be considered, Southwest considers the best candidates to also have these qualifications:

If you meet these requirements, you should go ahead and submit an application on their employment website found here.

If this is your first time attempting to be hired as a flight attendant, you will want to approach the application process a little differently that someone with previous experience.

We have an entire guide to help you become a flight attendant with no experience here.

Southwest Airlines pays their flight attendants a comparable rate to other large airlines in the industry.

A flight attendant at Southwest with more than 10 years of experience can expect to make as much as $60/hour.

Southwest takes their customer service seriously so it’s no surprise that they are willing to pay well for someone who can supervise flight attendants and make sure they are providing passengers with a great experience.

These additional sources of income depend on individual performance, seniority, the airlines profitability, and other factors.

This additional pay can include bonuses and profit sharing. We’ve seen examples of these payouts being as little as $800 per year and as much as $10,000. For more information on this opportunity for additional pay, you should make sure to talk to HR while in the hiring process. 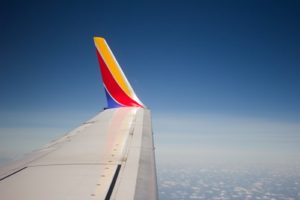 Southwest offers training at their headquarters in Dallas, Texas for all new flight attendants.

The training program is 4 weeks long and includes you being able to stay at a hotel they pay for. In addition, they provide a food stipend to help cover expenses of being away from home for the training period.

Southwest does not operate using the traditional hub an spoke system that other airlines currently use. Instead, they have operating bases in the following cities:

As a flight attendant working for Southwest Airlines, you will be based out of one of these operating bases.

The quantity of flights and which flights you are assigned is based on seniority. When first starting out, you can expect to have to take less popular shift until you gain more seniority.

New flight attendants at Southwest can expect to spend over 10o nights per year away from home (sleeping in a hotel room).

After you finish training and begin your career, you’ll likely have to take whatever shifts are available. This will include flights on weekend, evenings, and holidays. Typically, new flight attendants will get 72-80 hours of flight time per month as a new flight attendant.

There isn’t a specific number of flights or hours you will work, and you are free to pick up other shifts that are open. You are also able to take shifts assigned to other flight attendants if they are unable to fill these shifts.

As you gain more seniority yo’ll be able to have a more flexible selection of desirable flights. Experienced flight attendants not only earn more money, but can put together a schedule that works best for them.

Is Southwest a Great Place to Work?

Southwest is known in the aviation industry to be one of the best places to work. Popular job sites let employees rate their experience being a flight attendant at Southwest. I’ve put together some of these scores for you. Here are the average scores for a few of the biggest airlines including Southwest.

Glassdoor has also listed Southwest airlines as one of the best places to work for 10 years in a row. That, along with their employee scores make it clear that it really is a great place to work.  Feel free to read through that article here. 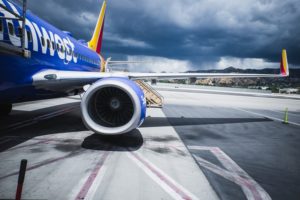 Southwest Airlines is one of the largest airlines in America and have a reputation as a great place to work and begin your career as a flight attendant. They have several operational bases located in various parts of the country which hopefully makes finding one near you easy and convenient. They offer great pay, competitive benefits, advancement opportunities, and free training (that includes a bonus when you finish!) 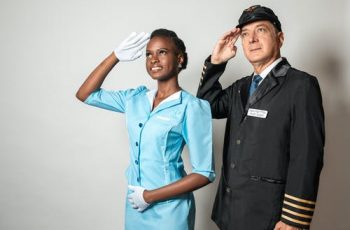 Compared to other careers, becoming a flight attendant can be … 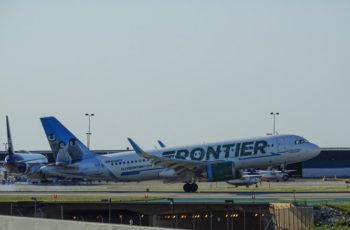 Frontier Airlines is a small ultra-low cost airlines based in …