Home
Pilots
Is Being a Pilot Stressful?

For anyone who has never flown an airplane, being a pilot looks incredibly stressful. There is a lot of responsibility that falls on the pilot for each flight. While it looks stressful to us, what about a seasoned professional? A common question people have is if being a pilot is stressful even for experienced pilots.

Is being a pilot a stressful job?

Yes, being a pilot is considered one of the most stressful jobs in the world.

However, not only are there ways to relieve this stress, most pilots also feel stress less as they gain more experience in their career.

In this article we’ll take a closer look at the different stress that pilots deal with and how they mitigate this stress to ensure flights are safe from stress related mistakes.

The of the main reasons that flying is stressful is because the pilot is responsible for the lives of hundreds of people on each flight. Making a mistake or having something go wrong can jeopardize the safety of all the passengers and crew aboard the aircraft and the stress of being responsible for that can really add up for a pilot.

The workload and schedule of a pilot can also cause stress. Many pilots find themselves working long hours and having their sleep schedule interrupted by work. It’s hard to get a good nights sleep when you are in a different time zone, jet-lagged, and not sleeping in your own bed.

In addition, many pilots report not only having stress while flying but also while performing job functions on the ground as well as while they are not even at work.

But just how stressful is it? A study performed by Forbes in 2017 rated it as one of the most stressful jobs in the world.

Let’s take a closer look at the different types of stress a pilot deals with.

This kind of stress can be a factor when pilots are fatigued and that fatigue impacts their ability to physically perform the tasks needed to safely fly the plane. This can lead to making physical mistakes that would otherwise not have happened.

Psychological stress can create a scenario where a pilot’s decision making and reasoning is affected by all the things they are mentally working through at the same time. This can lead to making mistakes that you would not have otherwise make.

This is the type of stress a pilot faces when flying and there is something either unfamiliar, confusing, or anxiety inducing. This can include landing or taking off from an unfamiliar airport or flying a plane with functions they aren’t familiar with. 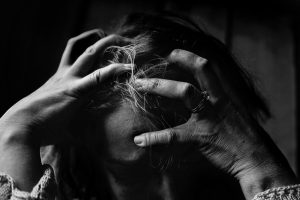 Having a high level of stress can cause several negative effects including:

All of these side effects can prove to be detrimental if not dangerous to an airline pilot. Like most occupations and activities, someone dealing with high amounts of stress is more likely to make a mistake. In this case a mistake can lead to an accident.

Aviation Accidents Can be Caused by Stress

Over the years there have been several high profile aviation accidents caused by a pilot having high levels of at least one of the types of stress mentioned earlier. Things like being unfamiliar with an airport you are making a landing at, being fatigued from work or reacting to another emergency can lead to a pilot making a decision that puts the entire crew and all passengers on board at risk.

In many of these incidents, the pilot was an experienced professional with thousands of hours of flight time. The issue was not that they didn’t know how to perform the job as much as they were unable to make a snap decision based on the stress of both that situation and of the job itself.

How the Aviation Industry Battles Stress

There are several things that the aviation industry does to battle stress among pilots. Here are a few of the key ones:

One of them is to lower fatigue by regulating how many hours they can legally fly. Here in the United States, the FAA allows for pilots to fly for up to 8 hours alone or up to 10 hours as a pilot crew (with a co-pilot) in any 24 hour period. By limiting the amount of hours a pilot can fly in a day they can cut down on fatigue and reduce the likelihood of pilot making a mistake.

Crew Resource Management is a specific training program taught to pilots to help them learn behavioral strategies, situational awareness, stress management, and decision making. This type of training has been continuously improved since the 1950’s and has had a huge impact on limiting the amount of aviation accidents that are caused by human error. Teaching pilots these skills has had a huge positive effect and as airplanes (and their cockpits) get more complicated this type of training will get more and more important.

Being a pilot can be a very a stressful job. There are various different types of stress that pilots have to deal with in order to effectively and safely do their job. They have a lot of responsibility since the lives of hundreds of people depend on them performing their job at the highest level of skill and professionalism. 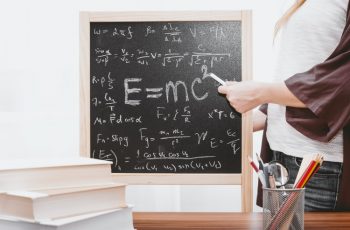 Math is often a tough subject for a lot of … 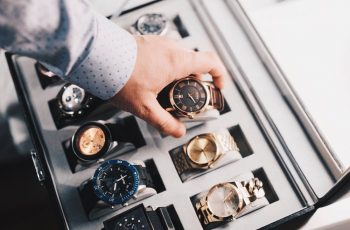 We all have a certain image in our heads of …