Home
General
How to Become a Helicopter Pilot (Complete Guide) 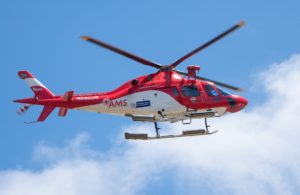 Learning to fly a helicopter is a dream for many people. Years of watching pilots fly helicopters on TV and in movies have made it one of the most exciting and sough after hobbies and occupations. For many people, flying a helicopters seems like an unreachable goal due to the cost, time commitment, and other factors.

Flying a helicopter can be an exciting and rewarding hobby if you are interested in learning something that is both challenging and fun. You can also turn your love of helicopters into a career by becoming a professional helicopter pilot or instructor for other soon to be pilots.

The first thing we need to cover are the qualifications to become a helicopter pilot. These are the requirements you need to meet to even be eligible to hold a helicopter certification.

If you meet these requirements, you’re ready for the next step in your journey to become a helicopter pilot.

Types of Licenses & Their Requirements (goals?)

Let’s take a look at the different types of helicopter pilot licenses along with their requirements and what they allow you to do. 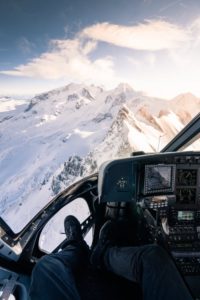 This is the first certification or license you’ll earn on your journey to become a helicopter pilot. This will allow you to rent a helicopter and fly for your own enjoyment. It also allows you to fly a helicopter for charitable events and for search and rescue flights as managed by an agency.

This license does NOT allow you to fly with passengers or to charge (make money) as a helicopter pilot.

Here are the requirements for earning your Private Pilot Helicopter License as stated by the FAA.

As you can see, this isn’t the type of training that you’ll be able to run through in a matter of a few weeks or just take a few weekend classes. It takes time to learn all the necessary skills to fly a helicopter safely.

Important Note: The times listed above are the minimums. For a vast majority of students, you’ll actually end up needed more time than what is listed. Very few students finish training and earn their license after just the minimum instruction. The same goes for the remainder of the helicopter pilot license types listed below.

Here are the requirements to earn your commercial helicopter pilot license:

As you can see, this is an even much larger commitment than the private helicopter pilot license. The reason for this is that you’ll have to meet very high training and safety standards to fly professionally.

Although this is technically not a license, this is an additional rating onto your commercial helicopter pilot license that allows you to teach others how to fly a helicopter.

Here are the requirements:

After meeting the above requirements, you’ll be able to make money as a helicopter pilot instructor.

This next item is also an additional rating that you earn once you have your commercial helicopter pilot license. This allows you to fly in more conditions and in different situations.

The requirements for the helicopter instrument rating are:

Once you’ve earned this rating, you’ll have taken on some of the more difficult flying conditions and be ready for what many consider the be the greatest achievement as a helicopter pilot.

This is the cream of the crop. Once you’ve earned this license, you’ll be able to fly passengers (even for pay) as a helicopter pilot. The training and flight hours required are significant as you can imagine since you’ll be responsible for not only yourself but your passengers.

The requirements to earn an airline transport pilot helicopter license are: 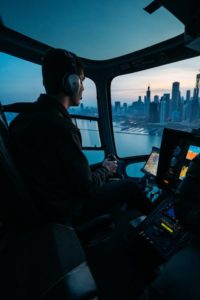 Getting Started with a Test Flight

All of the information you just read through makes this process sound daunting. In reality, you’ll take it one step and a time. You’ll slowly learn and practice as you prepare for your first license, and then decide if you want to continue on from there.

For many people just earning the private helicopter pilot license is the end goal. This will let you fly helicopters as an enthusiast and have a great time. You can always take on more training down the road if you decide to do so.,

The important thing is that instead of getting overwhelmed, you take that first step.

As you can imagine (and might have already heard) becoming a helicopter pilot is not cheap. Below is a break down of how much you can expect to spend to learn to fly helicopters.

Keep in mind that the prices listed below are estimates and can differ based on many factors including prices set by individual schools, region you’re in, types of training, and more. This is a good starting point, but I would strongly consider asking more detailed questions when you visit flight schools and take a test flight.

Also, the below price estimate include the cost of ground instruction, testing, aircraft rental, and flight training.

Cost of Helicopter Transport License: At this point it would just be a matter of getting all the required flight time. This would cost as much as $500 per hour, but most people would never go about it that way. Instead, most people work as commercial pilots or instructors to get flight time while they are working instead of paying for it.

Consider being a helicopter flight instructor

If you’re still wondering how in the world you’ll pay for all that flight training, here is one option that helps lower the overall cost for a lot of students.

Becoming a flight instructor means that instead of paying for those 1200 hours of flight training to earn your transport license, you can instead teach others and earn money while you gain experience and flight time. That way, you are not only making a little bit of extra money teaching lessons, you’re saving even more by not having to pay out of pocket for hundreds of hours of flight time.

How Long to Earn Your Helicopter Pilot License

The time it takes each student to earn their helicopter license varies depending on may factors. The two largest factors are:

If you have other responsibilities in your life (job, family, etc) it can take quite a long time to get some of these licenses. The best advice is to start with the private helicopter pilot license and take your time. Dedicate as much free time to it as you can and learn as much as you can.

You won’t complete any of this overnight, but if you stick with it and practice, you can earn your private pilot license in as little as a few months.

If your goal is to go all the way to the highest rating and become a passenger pilot, keep in mind that most of students in that program are also either flight instructors or commercial helicopter pilots. Those jobs allow you to earn valuable flight time and experience while earning money instead of spending it.

If you dream of flying helicopters for more than just a hobby and want to have a career as a helicopter pilot, make sure to take a few minutes to read our helicopter salary article. It gives you a much more detailed breakdown of the salary of a helicopter pilot depending on things like experience and line of work.,

Is a college degree requires to become a helicopter pilot?

A college degree is not required for any of the helicopter pilot licenses. So, if you plan to fly as a hobby, not having a college degree won’t be an issue. If you plan on flying professionally, things might be different. Although a bachelor’s degree is not required for the license, many employers prefer candidates with at least an associates degree if not a bachelor’s degree.

How much does it cost to rent a helicopter?

If you’re excited to start flying helicopters in your free time as a hobby after earning your private helicopter pilot license, you might be wondering how much it costs to do so. Rates depend greatly on the part of the country/world you’re in and the helicopter you’re renting.

As a general rule, you can expect to pay in the range of $500/hour for a small private helicopter to fly for yourself. Larger aircraft can get significantly more expensive.

Learning to fly a helicopter is a challenging but rewarding adventure to go on. There’s a certain level of satisfaction from an accomplishment like this that you can’t quite get with anything else. It might take a long time and require a lot of hard work, but in the end it will be worth it.

If you’re interested in taking the first step and seeing if learning to fly a helicopter is for you, I would recommend you go ahead and get a discovery flight scheduled. Keep an open mind and enjoy yourself. You might have just found a hobby you’ll be glued to for the rest of your life. 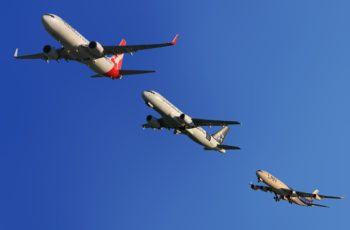 If You Started Right Now… One of the most popular …

Are you ready for takeoff? If you’re interested in learning …