Home
General
How Long Does it Take To Become a Pilot? 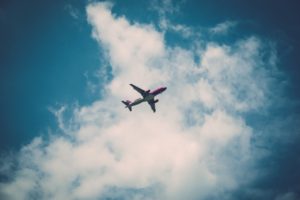 If You Started Right Now…

One of the most popular questions we get is people wondering how long it would take to become a pilot if you’re starting from square one. If as of today you’ve never taken a even an introductory flight lesson, how long until you are the skilled and prestigious pilot you’ve always dreamed of being.

The process to become a pilot can see complicated when you first start looking into it, so I’ll be breaking it down for you based on each of the different types of pilots you can possibly be.

What Kind of Pilot Do You Want to Be?

Although to someone not in the aviation industry all pilots might look the same, in reality they can have very different levels of training and experience. There are several different types of pilot licenses (called “certificates” in the industry) and each one allows you to be a slightly different pilot.

When most people think of becoming a pilot, they think of either a private pilot or an airline pilot. Although these are 2 of the most popular, you’ll see shortly that there’s more than that.

Becoming a student pilot is the simplest and easiest of the bunch. But, it allows you to do the least. Getting your student pilot certificate only takes a few weeks to get in the mail from the time you apply and take the required medical clearance.

However, a student pilot is just that – a student. A student pilot can fly with his instructor (as anyone can) and can fly solo under very specific conditions. They cannot fly with passengers, at night, for pay, etc.

If you’re like most pilots, this will be your starting point so you can learn and gain experience before moving on to more advanced training. Start here and work hard and you’ll be a “real” pilot soon enough.

The next quickest type of pilot certificate is the Sport Pilot. Being a sport pilot allows you to fly certain specific types of light aircraft like small 2-seat planes, gyroscopes, and some balloons.  There are still rules you have to abide by which include only flying during the day, under 10,000 feet altitude, and only fly planes under a certain weight.

To become a Sport Pilot it takes just 20 hours of total flight time. 5 of those hours have to be solo and the rest can be with an instructor. You’ll also have to pass both knowledge and practical tests.

This is a great options for someone who wants to fly for fun. Becoming a recreational pilot requires just 30 hours of flight time. Like other types of pilot certificates, you still have to pass exams (knowledge and practical) as well as meet all the other requirements of having a pilot certificate.

As you can see, if you’ve dreamed of being able to fly all by yourself as a hobby, this is a great place to start and does not take as long as many people think it does.

Becoming a private pilot is the next step up and is widely considered to be the airplane equivalent of having your driver’s license.

Becoming a private pilot requires more flight time and training than the previous student and hobbyist pilot types. To become a private pilot you will need at least 40 hours of flight time. This will also include much more in-depth training and will require you to fly at night, practice take-offs and landings, fly cross-country, and more.

Keep in mind that although the FAA madated minimum is 40 hours of flight time, most pilots studying for their private pilot certificate will end up needing more like 60-70 hours before they are ready to complete the program.

Becoming a private pilot opens the door to doing a lot more as a pilot than other certificates before this. You can now fly with passengers, you can fly at night, into airports, and fly most types of airplanes.

To most people, once you earn this you are a full fledged pilot.

A commercial pilot certificate is the next step up from having a private pilot license. A commercial pilot is the first type of pilot on the list can be employed as a pilot. This opens up the opportunity to do jobs like fly freight planes, tow banners, take on charter flights, and perform other paid pilot jobs.

The one thing to keep in mind is that as a commercial pilot you still cannot fly scheduled flights for an airline.

Because of the nature and complexity of being a commercial pilot, the training ramps up significantly from even the private pilot license. Becoming a commercial pilot requires at least 250 hours of flight time, exams, and more. If your plan is to be a pilot as a profession instead of as a hobby, this is a great goal to shoot for.

A flight instructor is a pilot who also works as an instructor helping others learn the basics of flying. Working as a flight instructor is often appealing to pilots because it allows you to work and earn money while also flying. This is important since those hours flying count as flight time towards more advanced pilot certificates.

So, if you want to become an airline pilot you can get your commercial pilot certificate then work as an instructor to earn money while you gain more flight time. That way you are earning money while you fly instead of paying to get those same flight hours.

As long as how long it takes to get a Pilot Instructor Certificate – as long as you already hold one of the required certificates (commercial or airline) you need to pass the exams to become an instructor. The study time will vary for everyone, but no extra flight time is required.

This is the pinnacle of pilot certificates. This designation allows your to be a commercial airline pilot. As you can imagine, the training, experience, and knowledge required to take on that kind of responsibility are beyond extensive.

Becoming an airline pilot requires at least 1500 hours of flight time (often times more)  in addition to other requirements like passing tests, the strictest of the medical exams, and a lot of experience.

Often times, students report that in their airline pilot certificate took in the range of 2 years to earn depending on the program of study they chooses. There do exist programs to do this quicker by getting more flight time sooner, but they can also be much more expensive. One thing is for sure, after spending years learning and practicing as pilots, these professionals have a lot to be proud of.

As you can see, there are more than a few opportunities for you to become a pilot depending on what your end goal is. Learning to fly can be a rewarding hobby and can even lead to a great career as a pilot. If you’re interested, consider reaching out to a flight school near you to learn more on how you can get started and take your first flight lesson. 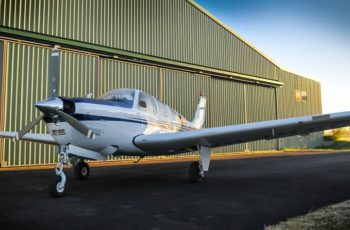 If you love the idea of learning how to fly … 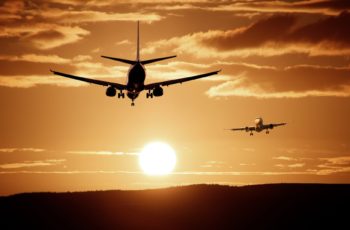 Are you ready for takeoff? If you’re interested in learning …