Hawaiian Airlines is not only the 10th largest commercial airline in the United States, they are also offer the most flights to and from the state of Hawaii. If you’re interested in becoming a flight attendant and live in a part of the country where working for Hawaiian Airlines is convenient, you should consider applying.

Hawaiian is one of the most unique airlines in the United States and has an interesting history. They started operations all the way back in 1929 as Inter-Island Airways. They changed their name to the current one (Hawaiian Airlines) in 1941 and offered service mostly between the islands of Hawaii. Over the years they have grown their operations substantially. Their current annual revenue is over $233 million.

They currently have a fleet of over 60 airplanes and have service to 32 destinations.  They also have nearly 7,100 employees including thousands of flight attendants.

As expected, their corporate headquarters is in Honolulu Hawaii.

How to Become a Flight Attendant with Hawaiian Airlines

In addition to the requirements listed above, Hawaiian Airlines prefers applicants that are bilingual. They are especially interested in candidates who in addition to English speak Japanese, Korean, French or Samoan. If you are fluent in these languages you not only qualify to travel to and from locations that speak those languages, you also qualify for additional pay.

If you meet these requirements, you should go ahead and submit an application on their careers website found here.

If you have never worked as a flight attendant before, make sure to plan ahead by reading our guide written specifically to help people like you. Here is our complete guide to help you become a flight attendant with no experience.

If you are a brand new flight attendant for Hawaiian Airlines you can expect to make in the range of $18/hour (according to Glassdoor) and $17 /hour according to Payscale. These pay rates are self-reported numbers, so they are assumed to be accurate based on the experiences of past flight attendants.

As you progress in your career and gain experience, you’ll be eligible for a significantly higher pay rate. Experienced flight attendants with 5+ years of experience can make more than $50/hour.

If you are in the top 10% of flight attendants at Hawaiian Airlines you can expect to make over $54/hour.

Like most airlines, Hawaiian Airlines offers their flight attendants a bonus program based on their individual performance and how well the company does.

Existing flight attendants at Hawaiian Airlines report that these bonuses are worth as much as an extra $2500 per year. 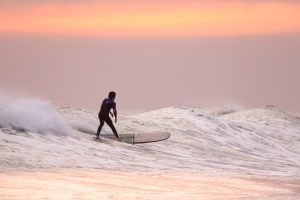 In order to work as a flight attendant for Hawaiian Airlines, you must successfully complete their 8 week training program.

The training takes place in Honolulu, Hawaii. Although you will get to spend 8 weeks in Hawaii, the program is unpaid. This is something you should keep in mind as you apply for this job along with other flight attendant roles.

Their 8 week training program is approved by the FAA and includes training on a variety of subjects including customer service, passenger safety, aircraft specific training, and more.

Hawaiian Airlines Headquarters is located Honolulu, Hawaii. Unlike some of the larger national carriers who have several hubs around the country, Hawaiian Airlines has a single main hub in Honolulu.

All of their operations are based in this main headquarters and hub.

One of the requirements of being a flight attendant with Hawaiian Airlines is being able to work non-traditional hours including nights, evenings, and holidays. Like many other airlines, you can expect to start with these shifts as you build seniority and advance in your career. Down the road, you can look forward to choosing shifts and flights that better fit your lifestyle.

Is Hawaiian Airlines a Great Place to Work?

Employment sites let employees rate their experience working at airlines like Hawaiian Airlines as a flight attendant. I’ve put together a list of some of the largest airlines and how they scored. Below are the scores for these airlines, including Hawaiian Airlines.

Hawaiian Airlines prefers applicants apply online by visiting their career site.  You can view positions and apply directly on their careers site here.

Hawaiian Airlines is a great airlines to begin your career as a flight attendant – especially if you live on the west coast or in Hawaii. Those who speak additional languages are especially encourages to apply as this makes you a preferred candidate and eligible for additional pay. Their 8 week training program is also a great place to start your aviation career and will help you develop skills you’ll use for years to come. 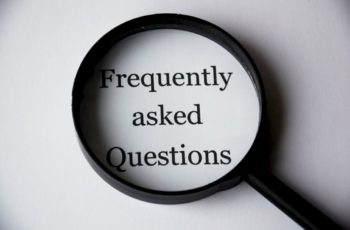 If you’re interested in becoming a flight attendant, there is … 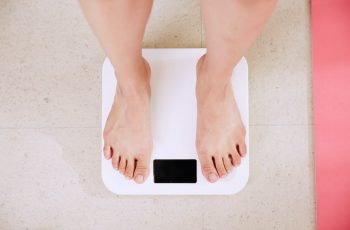 The battle to stay thin is tough one. More and …