If you’re considering a career as a flight attendant, you might be wondering if you will have to pass a drug test. You might also want to know the details on how often you’ll be tested, what they’ll be looking for, and more.

In this article, we’ll be answering all of these questions. This should help you prepare for the process of becoming a flight attendant. 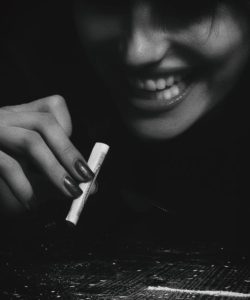 Do flight attendants have to pass a drug test?

Yes. In order to work as a flight attendant you will not only have to pass a drug screening in order to get hired, you will also be subject to ongoing random drug testing.

The airline you work for will require you to pass drug tests as will the FAA and DOT. The entire aviation industry is very focused on safety. Any airline you work for (along with the FAA) would not want to risk you doing something that could put passenger safety at risk because you are on drugs.

What drugs are flight attendants tested for?

The drug test you take to become a flight attendant will test for all recreational drugs including:

If any of the above substances are found in your system you will not be hired.

What if marijuana is legal in my state?

There are currently some states that do allow people to legally use marijuana as a recreational drug. The FAA has not made this change and you will fail a drug test and lose your job if it’s found in your system.

What about medical marijuana?

Medicinal marijuana has also not been cleared for use by the FAA. If you take a drug test and are using marijuana for any reason it will count as a failed test.

What if you fail the drug test?

If you take and fail a drug test during the hiring process for a flight attendant job, your offer will be terminated and you will not be hired. There is no way around this.

If you are currently working as a flight attendant and fail a random drug test, you will be immediately pulled from your job according to federal regulations. Airlines also have their own policies which typically include you losing your job. The failed drug test will go on your permanent record with the DOT.

Note: Technically, the DOT does offer a way for someone who has failed a drug test in the past to work as a flight attendant again if they meet certain requirement. However, employers are not required to allow anyone that has a failed drug test the opportunity to work for them. Most airlines have their own internal policies that will prevent you from being hired if you have previously failed a drug test.

Refusing to take a drug test

If you are asked to take a drug test and refuse to do so, it is treated the same as a failed test. It is assumed that you are not willing to take the test because you know you’ll fail.

Flight attendants are allowed to consume alcohol outside of working hours as long as they meet the following guidelines:

The punishment for failing a test due to having alcohol in your system is the same as a failed drug test.

This article is meant as a summary of the regulations set out for flight attendants by the FAA and DOT. If you would like to read the actual regulations in detail, you can do so by going directly to the FAA’s website here and the DOT’s website here.

If you plan to work as a flight attendant the best course of action is to not use drugs. There is not only risk in potentially getting caught and ruining your career, but it making a mistake that can cause an unsafe environment for yourself and your passengers.

One of the most common questions people have when considering … 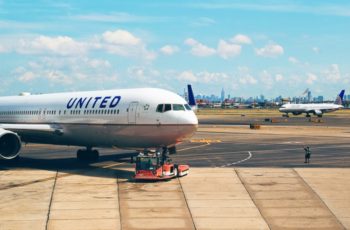 United Airlines is the 4th largest airline in the United …