If you’re in the process of applying for a job with United Airlines, you might be wondering if you’ll have to take a drug test as well as some of the details around their process.

So, does United Airlines require employees pass a drug test?

Yes,  United Airlines requires employees pass a drug test. Passing a drug test is not only common in the aviation industry, for most jobs it is a federal requirement.

Let’s take a look at some of the details including who gets tested, when the test happens, the type of test, and more.

One of the most important aspects of commercial aviation is the safety of the cabin crew and passengers. In order to keep everyone safe it is vital that everyone working in or on an airplane is sober and able to perform their job function effectively. Being under the influence of any drugs can create an unsafe environment that leads to someone making a mistake that effects the safety of the crew and passengers.

Because of this focus on safety, the aviation industry as a whole is very tough on the use of illegal or unauthorized drugs of any kind. You can expect almost every job at United Airlines to include a drug screening before you start work.

Which Jobs at United Require a Drug Test?

As mentioned above, due to being in a very regulated industry where safety is of the utmost importance, you can expect that you’ll have to pass a drug test for nearly every position with United Airlines including:

United Airlines does not want to risk having someone on their staff that creates risk for the airline by being under the influence of drugs.

What Kind of Drug Test does United Use?

Now that you know you should expect to take a drug test before working for United Airlines, let’s take a look at the substances they will be testing you for. The list includes anything that can alter your performance at work and includes:

Any of the above substances being discovered in your drug test will make you fail the drug test.

The drug test is usually administered late in the hiring process. That means that you will likely have already been offered and accepted the position before you take the drug test. Do not think that because you were not asked to take a drug test earlier in the process that you won’t be asked to. It’s often the last thing you do after you accept the job and before you actually start.

If you are applying for a job with United Airlines and fail the drug test you can expect your job offer to be rescinded and he hiring process be terminated.

If United Airlines requests you take a drug test as part of the hiring process and you refuse to take it, it will have the same result as taking the test and failing. Your job offer will be cancelled and you will no longer be eligible to be hired.

Once you’re hired by United Airlines and start work, you are still subject to additional and drug screenings as part of your employment. This means that at any time the airlines can request you take a drug test and you will have to comply if you wish to keep your job. The notice they give you to take the test is typically less than 24 hours so you will not have the chance to do anything to get around the test.

If you fail a random drug test while working for United Airlines you’re employment will be terminated.

If you are applying for a job with United Airlines or anywhere in the aviation industry the best advice I can give you is to not use any drugs that you don’t have a current prescription for.

Most of the advice out there to help you get around a drug test are either ineffective, illegal, or quite possibly both. This is an industry with a firm stance against any drug use due to safety concerns, so your attempts to trick their test will usually not be successful.

Although there are now several states that have legalized marijuana, this does not apply to the policies and regulations of the airline industry. This means that while you cannot be arrested for using marijuana in these states, you will still have to take and pass a drug test for employment purposes. Please do not assume that because marijuana is legal where you live that you can have it in your system when applying for jobs with United Airlines.

The safety of the crew and passengers is taken very seriously by United Airlines. You will have to take and pass a drug test in order to be hired and might even be asked to take additional tests while you work there. 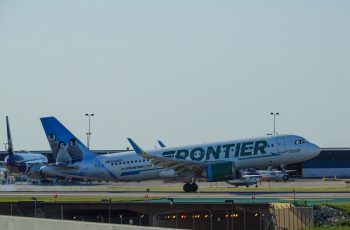 If you’re interested in landing a job with Frontier Airlines, … 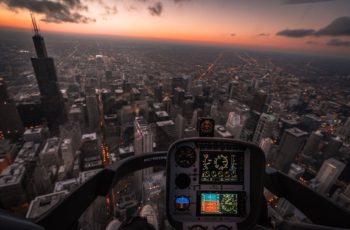 Learning to fly a helicopter is a dream for many …