If you’re interested in landing a job with Southwest Airlines, you might be curious if you will have to take a drug test as part of the hiring process. This is a common question many applicants have when applying for a new job.

Does Southwest Airlines require employees pass a drug test before they start work?

Yes,  Southwest Airlines requires employees pass a drug test. Drug tests are common in the aviation industry and even required by federal law for many positions.

In this article we will look at some of the details surrounding the drug test policies and process for Southwest Airlines.

The #1 priority of Southwest Airlines is the safety crew and passengers aboard their flights.  In order to ensure that everyone is able to perform their job with the highest level of competence and safety, Southwest does not allow for any of their employees to be under the influence of drugs.

Because of this emphasis on safety, the aviation industry has a zero tolerance rule for the use of illegal or unauthorized drugs.. Getting hired at Southwest Airlines for nearly any job will require passing a drug test before you start work.

Which Jobs at United Require a Drug Test?

Due to a combination of federal regulations and company policies aimed at keeping everyone safe, nearly every job at Southwest Airlines will require you to pass a drug test including:

Southwest Airlines is not willing to have the safety of the crew or passengers be put at additional risk by someone who is not able to safely perform their job duties.

What Kind of Drug Test does Southwest Use?

Like many employers, Southwest uses a urine test for their pre-employment drug tests.

What Substances Does Southwest Airlines Test for?

Since you now know that you’ll have to pass a drug test to work at Southwest Airlines, let’s take a look at the substances they will be testing you for. Here is a list of substances that the test will be looking for:

Testing positive for any of the above substances will make you fail the drug test.

Southwest will have you take a drug test late in the hiring process. Usually, you will go through both phone/online interviews and in-person interviews before being offered a job. Once you accept the job offer you will be instructed to take the drug test. You are typically asked to take it within 24 hours and will need to do so to complete the pre-employment process. Please do not assume that because you were not asked to take the test sooner in the process that you won’t be asked to.

If you are offered a job with Southwest Airlines and fail the drug test you can expect your job offer to be cancelled and he hiring process will end.

If you decline to take the test when Southwest Airlines asks you to, that is handled the same way as a positive test. Your job offer will be cancelled and you will no longer be eligible to be hired.

While working for Southwest Airlines you are subject to additional drug tests at their discretion. This can include random drug tests or if someone suspects that you are under the influence. These drug tests will typically have to be taken immediately (or within 24 hours at most) when you are asked and your employment depends on taking and passing the test.

If you fail a random drug test while working for Southwest Airlines you’re employment will be terminated immediately.

If you are in the hiring process with Southwest Airlines (or any airline) the best course of action is to not use any illegal drugs or any prescription drugs that belong to you.

The strategies used to cheat a drug test are typically illegal, ineffective, and a bad idea all around. The aviation industry takes this very seriously so if you think you won’t pass, you are better off stopping the use of any substances and applying when you think you will legitimately pass the test.

Many states now allow for the legal sale and use of marijuana. However, this does not apply to the hiring and employment policies of Southwest Airlines or the aviation industry as a whole. This means that while you cannot be arrested for using marijuana in these states, you will still have to take and pass a drug test for employment purposes. While marijuana might be legal where you live you still won’t be hired by Southwest Airlines if it’s in your system when you take the pre-employment drug test.

Southwest Airlines takes the safety of it’s passengers and crew seriously. Because of this, beginning a job with them will require you to take and pass a pre-employment drug test.

If you’re interested in applying for a job with Spirit … 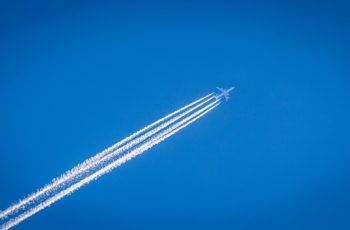 In this article we look at the requirements to earn …