If you’re interested in landing a job with Frontier Airlines, one thing you may want to know is if you will be required to pass a drug test as part of the hiring process. This is a question we are asked often when it comes to applying for a new job with Frontier airlines.

Yes,  Frontier Airlines requires employees pass a drug test. Drug tests are common in the aviation industry and even required by federal law for many positions.

In this article we will look at some of the details surrounding the drug test policies and process for Frontier Airlines.

Safety is a top priority in the aviation industry. Frontier airlines does everything they can to keep the crew members and passengers safe on their flights. In order to make sure all crew members are able to perform their job duties at the safely and competently, they make sure that no employees are working while under the influence of drugs.

Because of this emphasis on safety, the aviation industry has no tolerance for the use of illegal drugs or prescription drug abuse. If you want to get hired at Frontier Airlines for nearly any job will require passing a drug test before you start work.

Which Jobs at Frontier Airlines Require a Drug Test?

Due to FAA regulations as well as company policy, almost every job at Frontier Airlines will require you to pass a drug test. This includes:

Frontier Airlines does not want to risk the safety of their crew members or passengers by allowing someone to work who is not able to safely perform their job duties.

What Kind of Drug Test does Frontier Airlines Use?

Like most employers and airlines, Frontier Airlines uses a urine test for their pre-employment drug tests.

What Substances Does Frontier Airlines Test for?

Since you are going to have to take a drug test to work for Frontier Airlines, you might want to know which substances they will be testing you for. Here is a list of substances that the test will be looking for:

Like many employers, Frontier Airlines will require you to take the drug test late in the hiring process. Typically, you will complete all of the interviews (phone, video, in person) first. Once that stage is complete they will give you a written job offer.  Once you accept that job offer they will instruct you to take the drug test. Usually, this is to be done within 24 hours of job acceptance.

Do not assume that because you have reached the point of accepting a job offer and have not been asked to take a drug test that you won’t have to before starting work.

If you are offered a job with Frontier Airlines and fail the drug test you can expect your job offer to be retracted and he hiring process will end. You will now longer be eligible for employment.

If you refuse to take the pre-employment drug test for Frontier Airlines it is handled as a failed test. Your conditional job offer will be rescinded and you will not be hired.

When you work for Frontier Airlines you will be subject to future random drug screenings at their discretion. In some cases these additional tests will be completely random. In other cases it might be because your behavior or demeaner gives someone the impression that you might be under the influence. If they do request that you take a drug test while employed with them, you’ll have to do so right away. They typically will send you in immediately (or within 24 hours) to take the test.

If you fail a random drug test while working for Frontier Airlines you’re employment will be terminated immediately.

The best way to make sure you pass the drug test for Frontier Airlines is to not be using any recreational drugs when you apply for employment. The same goes for the use of any prescription drugs that you do not have a current prescription for. You will probably run into several methods to pass the drug test even if you are currently using. You should be very careful about using any of these products or methods.

Many of these products and services used to cheat a drug test can be illegal and most of the time they are ineffective anyway. The aviation industry takes drug use very seriously and is wise to tricks you might try and use. The best advice for someone currently using any drugs that would cause you to fail the drug test is to discontinue their use immediately if you are applying for a job in this industry.

Many states now allow for the legal use of marijuana. While the state you live in might be a state where marijuana use is legal, that does not necessarily apply to employment in the aviation industry. While you can’t get arrested or prosecuted in these states, you can still be eliminated from working for an airline if you have marijuana in your system.

Frontier Airlines is serious about the safety of it’s cabin crew members and passengers. Getting hired and maintaining a job with them will require you to pass a pre-employment drug test. 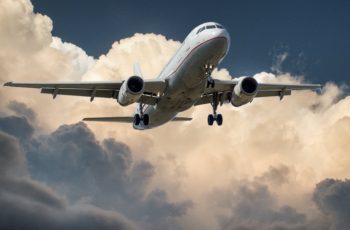 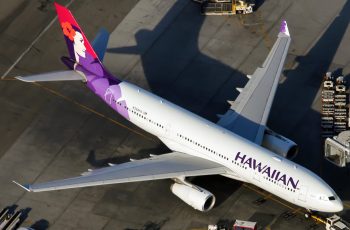