If you are considering becoming a gate agent for an airline, you might be wondering if you will have to pass a drug test to get hired. You might also have questions on what they test for, how often they test, and what kind of test they perform.

In this article we’ll cover all of these topics. Let’s start with the main question:

Will I have to pass a drug test to be a gate agent for an airline?

Yes, you will have to pass a pre-employment drug screen to become a gate agent or airline customer service rep.

What substances do they test for?

The drug test you have to pass to become a gate agent will test for the following substances:

Having any of the above substances in your system will prevent you from getting hired. In addition, if you are already working as a gate agent and fail a drug test your employment will be terminated.

*Related: What are the requirements to be a gate agent? 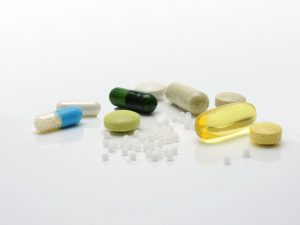 How often do gate agents have to pass a drug test?

Gate agents are required to pass a drug test before beginning their new job. Typically, once you are offered the job and accept, you will be given a specific amount of time to go take the test. These results will be given to the airline within a few days. If you do not pass the test, the job offer will be retracted and you will not be hired.

In addition, the airline can randomly test you at their will once you start working. This can sometimes be completely random. Other times it might be based on a suspicion a supervisor has based on your behavior and appearance.

Why are gate agents tested for drug use?

Gate agents play an important role in aviation safety. They help ensure that passengers present proper identification to check in for a flight, are getting on the correct flight, and are even on the lookout for anything suspicious. Being under the influence of anything that can alter your senses or judgement can take away from performing these duties and potentially affect the safety of passengers and the crew on a flight.

What kind of drug test do gate agents have to pass?

The type of drug test that is administered depends on the airline and the specific job you are being offered. In some cases you will just be required to have a mouth swab done, but those cases are in the minority.

Typically, you will be required to submit a urine sample to be tested. This is the standard in the aviation industry based on regulations set by the Department of Transportation.

What if I refuse a drug test?

There are many people that have a prescription for the legal medical use of marijuana. Although using marijuana with a prescription is legal, it is still not allowed in the aviation industry and will still lead to you losing your job if it’s found in your system when you take a drug test to work as a gate agent.

Legalized marijuana is handled the same way as medical marijuana. Although some states have legalized marijuana for recreational use, the DOT and FAA have not. This means that having marijuana in your system when you take the drug test to be a gate agent you will no be hired.

The aviation industry is very sensitive to the use of drugs and alcohol. Almost any position you apply for with an airline will require you to pass a drug test. As mentioned above, many airlines can and will test you again in the future.

The best and safest course of action is to make sure you aren’t using illegal drugs or prescription drugs without a doctor having prescribed them. This will prevent many future issues since you will lose your job if you test positive for any of these substances.

If you are interested in applying for a job to …

It’s not uncommon to notice that some of the same …