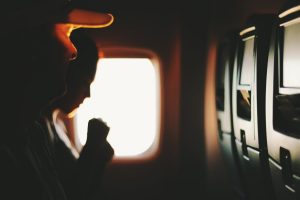 Although there was a time in the past where airlines would not hire men to be flight attendants, this has since changed. Men are now welcome to apply and become flight attendants as long as they meet the requirements and complete all training. Do for all the guys reading this who would love to get paid to meet people and travel, the answer is YES!

Asking if men can be flight attendants might seem like a strange question to ask in this era, but once upon a time airlines only hired women to be flight attendants. Not only that, but they had to meet very specific requirements around things like age, height, and attractiveness.

Since many passengers were men who who were travelling for business, it was considered a good idea to have only attractive young women serving the passengers. Male flight attendants didn’t exist.

In the 1970’s and 80’s there were several discrimination lawsuits against airlines for these hiring practices. Eventually these lawsuits along with a changing marketplace made it standard for airlines to be ok with hiring men as flight attendants.

In this day and age, there are many women business travelers just like there are male flight attendants and incredible female airline pilots. The days of being limited to a career in aviation based on your gender are over.

Are There Male Flight Attendants Now?

Absolutely. Today, there are well over 25,000 men that work as flight attendants. This includes the large airlines (like Delta and United) as well as smaller more regional carriers.

What do You Call a Male Flight Attendant?

A popular questions we are asked often is what the title is for men who are flight attendants. Nobody wants to call someone the wrong title and risk being offensive or causing an embarrassing situation.

Another common term used is flight steward. This goes back to when flight attendants were often called flight stewardesses, so this is the male option of that.

Another option is to refer to them as a cabin attendant. This one is also sure to not offend and it considered accurate and professional.

Lastly, you can always refer to a man working as a flight attendant as simply a cabin crew member. This applies to a variety of jobs in and supporting commercial aircraft.

If you’re a male reading this and interested in potentially becoming a flight attendant, you should be aware of some of the details regarding both the requirements to be a flight attendant as well as the great perks that comes with the job.

For safety reasons, there are still requirement you’ll need to meet. You can read our article that goes into more detail on there requirements and other important information here: How to become a flight attendant.

Being a flight attendant also comes with a lot of great benefits that you’d probably love. We have a very popular article that lists these along with some detail here: Flight attendant benefits.

Not only are there tons of financial and travel benefits as listed above, but being a flight attendant can be a great opportunity to meet new people and have experiences you would otherwise not have if you were working in an office 8-5 like everyone else.

If all of this sounds great, make sure to look at many of the other resources we have for potential flight attendants here on our site. Here is a brief list of popular articles that might be a great place to start.

Good luck on your journey and hopefully we’ll see you in the friendly skies soon.

If you’re considering a career as a flight attendant, one …