If you are interested in becoming a gate agent and either already have tattoos or are thinking about getting one, you might be wondering if your tattoo will impact your chances of getting hired. After all, airlines are notoriously conservative about how their employees can look while on the job. This brings up an interesting question.

Can gate agents have tattoos?

Most airlines do not allow gate agents or crew members to have tattoos that are visible while wearing their uniform.

Let’s take a look at some of the specifics of this policy as well as some other options you might have.

I’m sure you’ve noticed that airline employees always somehow find a way to look clean, neat, and professional. This is not an accident. This is all part of these appearance standards.

Airlines have these policies because to most passengers, the gate agents and flight attendants are the face of the airline. They are the person that interacts with passengers the most and because of that represents the airline more than executives or pilots since you are less likely to interact with those professionals.

Thus, it is important to airlines that everyone that interacts with passengers has the same neat and professional appearance.

But Why NO Tattoos?

For a long time, tattoos were considered somewhat taboo. While they are very common place now, for many years there was a negative view of them. Tattoos were once associated with criminals, rock stars, and others in occupations that were considered to be unprofessional.

One challenge airlines have is that they have to have their employees look professional and presentable to a very wide range of people. Your next flight could include people of all kinds of occupations, of all ages, and from all over the world. Airlines would not want to allow employees to have a certain look that might be off putting to any one demographic even if to many of us tattoos are no longer a big deal to most of us. 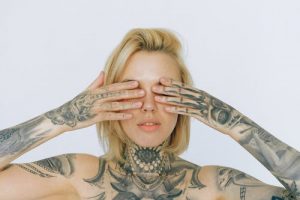 What if My Tattoos are covered?

If you do have tattoos, one way you can get around this policy and still be a gate agent is to make sure your tattoos are covered by your uniform. That might mean having to constantly wear long sleeves when it’s hot or making sure you don’t wear any uniform options that might make your tattoos visible.

While this is definitely an option, keep in mind that working at an airport can be hot and requires a lot of physical activity. You might find yourself in an uncomfortable situation where you would want to take off a jacket or wear short sleeves and can’t do so due to a tattoo.

Disclosing Tattoos at a Job Interview

What if you do have a tattoo, but it’s location is somewhere where nobody would ever see it at work?

This can be a tough situation but the thing to remember is that you aren’t allowed to have a tattoo that is visible while working and wearing your uniform. If you have a tattoo that can’t possible be seen even with short sleeves or while wearing a skirt, I would not worry about disclosing it.

There is no reason why your manager or a passenger should ever see it so it should not make a difference to anyone.

Airlines, like many other businesses, are trying their best to update their policies to keep up with the times. Some things that were considered taboo or inappropriate for the workplace just a few years ago, are completely normal now.

Having tattoos is one of the issues that really has changed in recent years. There was once a bad stigma associated with tattoos. These days, it’s not uncommon to see educated professionals, teachers, and even NASA scientists with visible tattoos. In fact, one of the most common questions that we see here at this site is if airlines will hire someone with tattoos.

In the meantime, if you’re someone who has always wanted to be a gate agent (or flight attendant) but couldn’t due to your tattoos, it looks like there’s at least once airline you can go ahead and apply with.

*Related: Requirements to be a gate agent

Although there is at least one major airline that now allows visible tattoos, the rest still do not. While we can expect that this rule can change in the future, at this time you’ll still have to make sure your tattoos can’t be seen while you’re in uniform. 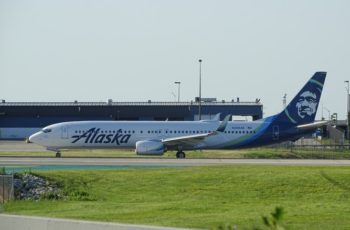 Alaska Airlines is a large United States based airline. If …