Tattoos have exploded in popularity over the last 15-20 years. Once upon a time it was rare to see someone with a tattoo. Many people used to think of them as something that rock stars and criminals had. That negative stigma is all but gone now and tattoos have gone completely mainstream. These days people with jobs ranging from lawyers to mechanics love tattoos. In fact, about 1 in 3 Americans have a tattoo.

Some people get tattoos and make a point of only getting them in spots where almost nobody would ever see them. They make sure they can be easily covered up by even a t-shirt. Then again, more and more people like to get tattoos in places that are much harder to hide. This includes the hands, face, and neck.

If you’re considering going into the field of aircraft maintenance and repair, you might be asking the same question many others ask:

Can aircraft mechanics have tattoos?

This is a very different policy compared to other jobs in the aviation industry. You might already know that airline pilots, flight attendants, gate agents, and anyone else who interacts with an airlines customers is not allowed to have a visible tattoo based on common airline appearance standards.

Since the situation is completely different for aircraft mechanics, let’s take a look at why as well as some other important details.

Why Do Airlines Allow It?

The main reason that most airlines do not allow employees to have tattoos is due to them having very professional and conservative appearance standards. Airlines want all of their customer facing employees to look clean cut and polished. They do not want passengers noticing tattoos and seeing it as a sign of being unprofessional or taking too much attention.

As mentioned earlier, the public perception of tattoos has changed a lot over the last decade or so, but airline policies are slow to adapt.

So, why is it generally allowed for aircraft mechanics and maintenance technicians?

At most airlines, aircraft mechanics do not have any interaction with customers. They are out of the eyes of the public working on airplanes and performing very important tasks. Since there is little to no risk of a passenger seeing you or your tattoos, airlines don’t worry about it.  There isn’t a point to limiting something based on appearance standards if nobody is going to see it anyway.

Another reason is that tattoos are very popular amongst this profession. Becoming an aircraft mechanic requires a lot of training and experience. This makes them hard to hard to find as it is for airlines. The last thing they want to do is make it even harder to find and retail talent based on something that will not be an issue anyway. 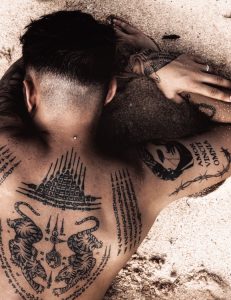 Although most airlines do not mind if an aircraft mechanic has a tattoo, you should prepare yourself for situations where having visible tattoos can still hurt your career aspirations. Let’s take a look at some of these examples.

Are There FAA Regulations to Consider?

The FAA does not have any regulations as it relates to tattoos for aircraft mechanics (or anyone else in the aviation industry). Any policies that allow or prohibit tattoos are solely based on the policy of each individual airline.

If you are interested in becoming an aircraft mechanic and either have tattoos or want to get some, you’re in luck. Most U.S. based airlines allow for tattoos for this role and won’t hold it against you. Although there are some situations where having a tattoo that is hard to cover can still hurt your career, this is not a field where it’s typically an issue. If you’re worried about it, just make sure any tattoos you get are in spots that can be easily covered by your clothes.

If you consider yourself to be mechanically inclined, enjoy fixing … 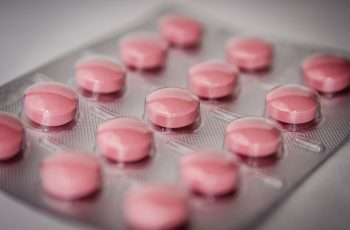 The aviation industry is very focused on safety. Keeping passengers, …