Tattoos have become significantly more popular than they were a generation or two ago. These days, it seems like most people you met have at least one tattoo. There was once a negative stigma around tattoos. Those days are well on their way out. It’s no uncommon now to see professionals from all walks of life with tattoos.

If you already have tattoos and are considering a career as an air traffic controller, you likely want to know your tattoos will be an issue. Or, maybe you don’t have any tattoos yet but you plan to become an air traffic controller and don’t want to end up putting your career in jeopardy. Either way, this is the kind of information you’ll want upfront.

So, can air traffic controllers have tattoos?

Yes, air traffic controllers are allowed to have tattoos.

Let’s take a look at some of the details regarding this policy.

Why Tattoos are Allowed

Air traffic controllers have a very vital role in the aviation industry. They help guide aircraft to make sure they safely get to their destination – without getting lost or running into another aircraft. It requires a lot of training and has strict requirements in order to get the job in the first place.

Once you have completed training and are working as an air traffic controller, you are behind a computer and helping guide aircraft by using a computer and communications equipment like a radio. You are not face-to-face with pilots, crew members, or passengers. So, whether you do or don’t have tattoos is not an issue since nobody can see you anyway.

The FAA’s top priority when it comes to air traffic controllers is making sure that pilots (and passengers) are safe in the sky. The last thing they are losing sleep over is if you have some ink on your arm.

As long as you can effectively do your job, it should not and will not be an issue. 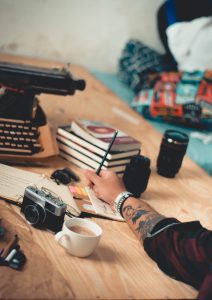 One of the main reasons this is such a common question is because most other jobs in the aviation industry forbid you from having tattoos that are visible while in uniform.

The list of aviation professionals not allowed to have tattoos includes pilots, flight attendants, and gate agents.

Almost all airlines have the goal of their crew having as professional an appearance as possible. This means you are not allowed to have any visible tattoos to eliminate the risk of passengers being offended, uncomfortable, or put off by your ink. These days, tattoos are generally accepted by the public but that wasn’t always the case. Airlines have these leftover policies from the era of tattoos being considering offensive and unprofessional.

Employed by the Federal Aviation Administration

One other things to keep in mind is that you don’t have to worry about each airline having their own specific tattoo policy since air traffic controllers don’t work for them. ATC’s work directly for the FAA and not the airlines or airports they help support.

This eliminates the risk of dealing with management that has a bias against tattoos.

In order to make sure the experience of current air traffic controllers was consistent with the official policy, we did some research to hear from those currently in the role. We researched the experiences of these employees and the overwhelming consensus was that many professionals they work with have tattoos and that it isn’t an issue for management or anyone else.

Being an air traffic controller is a very important role in the aviation industry. They help guide planes from take-off, through their flights, all the way to when they land. They have a great reputation for doing a great job and accomplish this by going through a very difficult and demanding training program.

The quality of the work they perform is not affected by them having tattoos. Thus, air traffic controllers are some of the only professionals within the industry allowed to have tattoos. The FAA has a great policy in this case since people should be able to express themselves as they see fit as long as they are still doing their job effectively.

If you are interested in learning more about becoming an air traffic controller, make sure to take a look a the FAA’s website. They have a ton more info and can help guide you through the process. 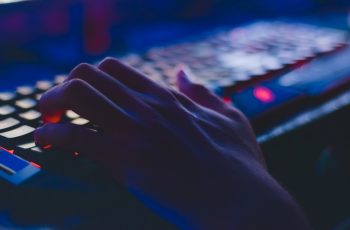 We’ve all seen movies that have a dramatic scene where … 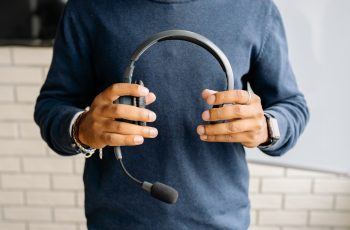 To most people, being an air traffic controller looks a …