Alaska Airlines is a large United States based airline. If you’re interested in becoming a flight attendant, this is a great option for you to consider applying to.

Alaska Air is the 5th largest airlines in the United States.  Their fleet currently includes over 320 aircraft. They serve over 115 destinations and are based in SeaTac, Washington. They employ over 23,000 people across the country.

They currently have 5 hubs and 2 more focus cities.

Alaska Air has been in business since 1932 and has annual revenues of over $8 billion.

How to Become a Flight Attendant with Alaska Airlines

Here is a list of the requirements for Delta Airlines according to Alaska Airlines:

Although these are the requirements to be considered, Alaska considers the best candidates to also have a high energy personality and enthusiasm.

If you meet these requirements, you should go ahead and submit an application on their employment website found
here.

One thing that Alaska Airlines prides themselves on and makes them a little different than other airlines is the interview process. Their interviews include both 1-on-1 and group interviews as well as other activities to allow the airline to get to know you.

The starting range for a new flight attendant is in the range of $25/hour  according to Payscale. These are self-reported numbers from current and previous flight attendants.

For example, in early 2019 Alaska Air announced they were going to pay out $120 million in bonuses to their employees. This was the equivalent of 6.5% of their total 2018 pay as a bonus. Now THAT is generous. 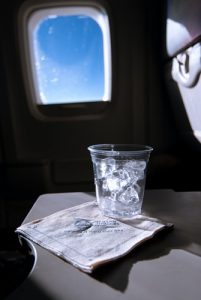 Alaska Airlines offers its new flight attendants a 6 week training program located in Seattle, WA. Trainees are expected to attend training 6 days per week for the duration of the training program.

They also provide hotel accommodations for all trainees.

Upon completion, graduates are expected to be able to “fight fires, save lives, and take on any obstacle” according to their website that explains the training program.

Alaska Airlines Headquarters is located in SeaTac, Washington. Below is a list of their current hubs:

They also have two locations they consider focus cities. Those are:

As a flight attendant working for Alaska Airlines, you should expect to be based out of one of these hubs.

When you first finish training, you can expect to start your career as a reserve flight attendant. That means that you’ll be on call and expected to be called into work based on the needs of the airline. You’ll generally be expected to be to work within a 2 hour window if needed.

The length of time you will be on reserve is based on seniority and the staffing needs of the airline. Although this sounds odd, it is a common practice by airlines for new flight attendants. It’s something you’ll have to work through, before being one of the more experienced flight attendants that gets to pick shifts they prefer.

Flight attendants with more experience and seniority earn more pay and can choose a schedule they prefer.

Is Alaska Air a Great Place to Work?

Glassdoor is a popular employment website that allows employees to rate their experience working at specific companies. After taking some time to review these numbers, we’ve put together some data to show how Alaska Airlines compares to other airlines when it comes to working as a flight attendant.

Alaska Airlines has a site that gives an overview of the flight attendant hiring process, on boarding, and training. It also allows your to submit an application online.

Here is a link to their site: Alaska Airlines Flight Attendant Job Site

Alaska Airlines has the reputation of being a great place to work as a flight attendant. They pay well, have great benefits, and an amazing work environment. If you think you might be a good fit for them and are interested in learning more, you should visit their site and apply now.

If you are interested in becoming a gate agent and …